I recently published an anthology entitled Manuel Querino (1851-1923): An Afro-Brazilian Pioneer in the Age of Scientific Racism. All but one of the chapters were originally published in Portuguese and are available in English for the first time. They cover several aspects of Querino’s life and career – leaving enough topics for at least a revised and expanded edition. The facets included in this publication are his work as a politician and militant journalist, art historian, Black vindicationist (he was the first Afro-Brazilian scholar to underscore the positive contribution of Africans and their descendants to Brazilian society), ethnologist and food scholar. For more information on the e-book, paperback and hardback editions, visit https://www.amazon.co.uk/dp/B097N4F8CB/ref=cm_sw_r_tw_dp_RS4D5PVVYJYDMW0B34CS via @AmazonUK or search for Gledhill Querino on your country’s Amazon website. 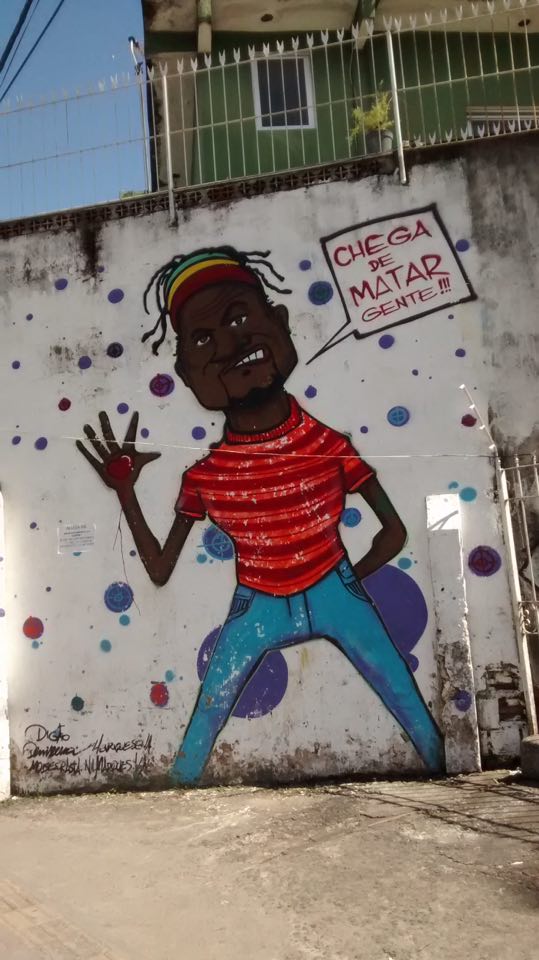 Graffiti artists’ protest against the Cabula massacre, seen in that district in 2015. Photo by Sabrina Gledhill (all rights reserved)

On 6 February, 2015, policemen shot and killed 12 robbery suspects in the Cabula district of Salvador, Bahia. An internal investigation by state’s Public Prosecutor’s office found that the victims – all of them young black men – had been executed. The black movement calls it genocide, a disturbing trend in a country where racism has traditionally been veiled and racially motivated lynching almost unheard of. That being said, exterminating street children (the best-known incident being the Candelaria massacre in Rio in 1993) and known or suspected criminals as if they were vermin is nothing new in Brazil. Ironically, there is no official death penalty in that country.

The graffiti art in the photo illustrating this post was not the only response to the Cabula massacre by the Bahian arts community. From May to August 2015, the Museu Afro-Brasileiro (MAFRO) held an exhibition curated by the museum’s director, Graça Teixeira that displayed thought-provoking installations and artworks protesting the genocide of black youth in Brazil.

I recently came across an article that has sparked all kinds of responses online and the time has come to add one of my own. Titled Future Humans Will All Look Brazilian, Researcher Says it naturally caught my eye! Without even reading it, my first question was, which Brazilians, from where?

Xuxa and Pelé when they were dating

While I was brunching in Paris with a fellow Brit earlier this year, two women asked to share our table and started speaking Spanish. I initially assumed they were from Spain, since we were in Europe. Also, one was “Mediterranean” looking and the other was a blue-eyed blonde, which is entirely possible in Iberia. When we eventually joined in the conversation (in English), it turned out that the “Mediterranean” woman was from Argentina and the blonde was…wait for it…from Brazil! My British companion was surprised, and said she didn’t look Brazilian. I explained that they come in all shapes and sizes.

The reason for that is immigration – and a policy of “whitening” that began in the 19th century. There is a large population of German descent in southern Brazil whose best-known representative nowadays is Gisele Bundschen (note the German-sounding surname!). It comes as a surprise to some that long before the influx of Nazis on the run after Hitler’s defeat in the mid-1940s, a much bigger wave of migrants arrived in what is now the state of Santa Catarina in the 1800s from the region now called Germany. There is even a city called Blumenau, founded in 1850, that holds an annual Oktoberfest.

Many Italians settled in the Central South, and there is a large population of Italian descent in São Paulo. A popular soap opera, Terra Nostra (1999-2000), portrayed the stories of white immigrants from Italy who replaced black slave labour on coffee farms in São Paulo State at the turn of the nineteenth/twentieth centuries.

Centuries of racial mixture and  immigration, not only from Europe but from Asia and other parts of South America, as well as more recent arrivals from Africa (particularly former Portuguese colonies) have resulted in Brazilians of all colours on a wide spectrum ranging from Pelé to Gisele and even paler and blonder than she (like TV children’s presenter Xuxa Meneghel, also Pelé’s former girlfriend). However, there is an image of what Brazilians should look like, formed among Brazilians themselves.

The original “three sad races” of Brazil are Amerindians, Europeans and Africans, in order of arrival, and the population that resulted from that mixture is considered “typically” Brazilian. For that reason, people of Asian descent, for example, may never be considered 100% Brazilian. A third-generation Sansei will find him or herself referred to as “Japa” because of their appearance. I have read of cases where Nipo-Brazilian workers in Japan – dekasseguis – feel more Brazilian outside their country than they do at home.

For more information on race relations in Brazil today, see my entry on that subject in the Brazil Today encyclopaedia

It often happens that people from different backgrounds come to Brazil, visit one or two parts of the country, and reach general conclusions based on their own specific experience. It is like the Indian fable of the blind men and the elephant, each of whom concludes that the creature is a  rope, spear, wall or tree trunk based on the part they have been able to touch – a slender tail, a sharp ivory tusk, a broad flank, or a a stout, round leg. Well, Brazil is just like that elephant – the sum of its very different parts.  Not only that, but the response a visitor will get depends on several factors: national origin, skin colour, and above all, money – or lack thereof.

A wealthy white woman who can afford assistants, nannies, tour guides and the best hotels, will find herself showered with love. If her baby scatters food all over the table and crawls on the floor of a restaurant, the waiters and cleaners will grit their teeth and only speak up when the tyke gets too close to the stairs. If the visitor is a woman of colour with a small baby, she might get some sympathy. Then again, people might assume she is the nanny. If she finds herself in the wrong neighbourhood, she could get caught up in the sweep of “undesirables” leading up to the World Cup. And if the woman of colour has money, she had better show it – appearances are everything.

An African American clad in Gucci or Prada will never feel the sting of racial discrimination, but woe betide a member of that community who turns up in an old T-shirt, flip-flops and bermuda shorts. Until they open their mouths and display their accents – or complete lack of Portuguese – they could find themselves lined up with the usual suspects, or worse. Younger African American women will be considered sex objects in Brazil. If they stay at a fancy hotel, they could find themselves treated like hookers and refused service at the restaurant. Unless they’re wearing Gucci or Prada… 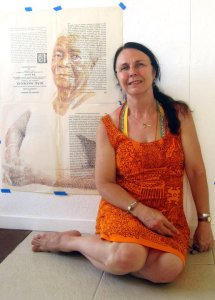 It’s been quite a while since I’ve posted on this blog. I’ve been inspired to get back to it by a British blogger who is visiting Brazil and posting her impressions. I also get questions on Brazil – especially race relations – via Facebook, which has been my main “blogging” platform for the past few years (basically because I’ve been too busy to sit down and write). What has changed? Today is Mardi Gras – an official holiday in Brazil. Plus, I turned in my dissertation on 18th February – I’m due to defend it on 18th March – so I can focus on other things. To start with, here’s a link to an entry I wrote for Brazil Today: An Encyclopedia of Life in the Republic, titled Race Relations in Brazil Today I welcome your comments and questions (especially those which can’t be answered by Googling).

BRASA IX, the 2008 edition of the Brazilian Studies Association’s annual conference, will be held in New Orleans from March 27-29. I will be giving a talk on the 29th, titled Manuel Querino (1851-1923) – Brazil’s First Black Vindicationist as part of the panel on Racial and Ethnic Representations in 19th-Century Brazil