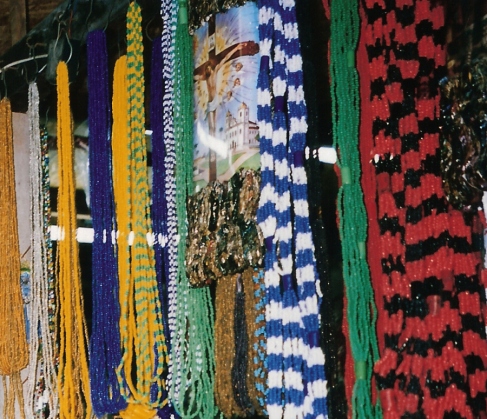 Syncretism – or one religion “passing” as another – is a controversial topic in Brazil and other countries where Traditional African Religions are practised in various forms and guises. According to anthropologist Luis Nicolau Parés, African cultural groups traditionally adopted (and suppressed) the divinities of the groups they conquered and the defeated groups also adopted the divinities of their conquerors. Therefore, it is perfectly understandable that enslaved Africans should adopt or assimilate the saints worshipped by their Catholic conquerors – now called “masters.” Instead of being a form of camouflage, where people originally pretended to pray to Catholic saints in order to protect the worship of Afro-Brazilian divinities, syncretism could actually be the perpetuation of an ancient African practice. A different kind of resistance.